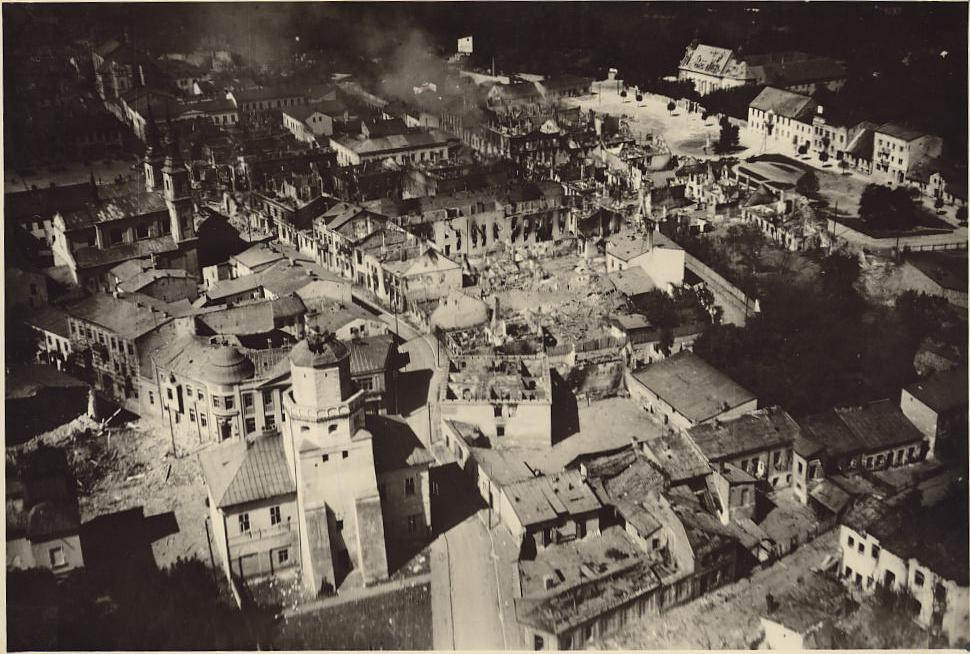 Wieluń, the first Polish city destroyed by Luftwaffe bombing, on 1 September 1939. Seventy-five percent of all buildings, including a clearly marked hospital and Gothic church, were destroyed. Approximately 1,200 civilians were killed.

Sept 1, 1939. After securing a non-agression pact with the USSR (that secretly allowed for the partition of Poland by the Soviet Union and Germany) on Aug 23, Germany invaded Poland without a declaration of war at 4: 45 AM. Two days later, Britain and France declared war, with Canada, Australia, New Zealand and South Africa soon following with their own declarations. Poland, overwhelmed by German air and land power, was in German and Soviet hands before the month concluded.