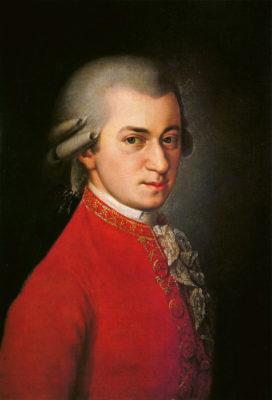 27 January 1756. One of the world’s greatest music makers. Born at Salzburg, Austria, into a gifted musical family, Mozart began performing at age three and composing at age five. Some of the best known of his more than 600 compositions are the operas Marriage of Figaro, Don Giovanni, Cosi fan tutte and The Magic Flute; his unfinished Requiem Mass; his C major symphony known as the “Jupiter”; and many of his quartets and piano concertos. He died at Vienna, Austria, 5 December 1791.