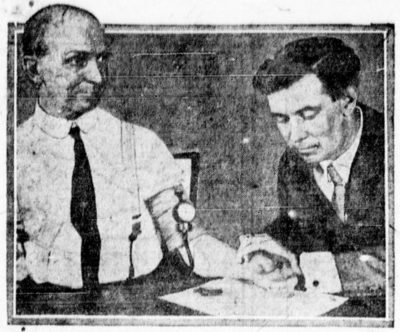 9 May 1893. Born at Cliftondale, Massachusetts, psychologist and author William Marston’s legacy continues to have a profound impact on contemporary criminal science and popular culture. While an undergraduate at Harvard he created the Marston Deception Test now known as the lie detector and was its most ardent advocate. Marston was also a prolific writer, penning many academic and popular texts, although his most well-known work, the Wonder Woman comic book series, which depicted the first female superhero, was written under the pseudonym Charles Moulton. Ahead of his time, Marston foresaw the increasing empowerment of women in the future, famously writing, “I fully believe I am hitting a great movement now under way, the growth in power of women.” He died of cancer 2 May 1947, at Rye, NY.