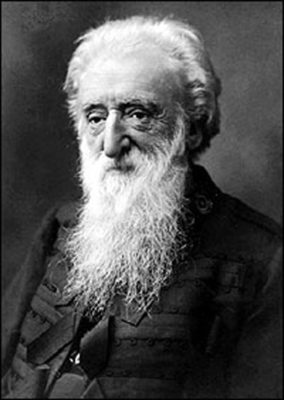 Apr 10, 1829. General William Booth, founder of the movement that became known, in 1878, as the Salvation Army, was born at Nottingham, England. Apprenticed to a pawnbroker at the age of 13, Booth experienced firsthand the misery of poverty. He broke with conventional church religion and established a quasi-military religious organization with military uniforms and ranks. Recruiting from the poor, from converted criminals and from many other social outcasts, his organization grew rapidly and its influence spread from England to the US and to other countries. At revivals in slum areas the itinerant evangelist offered help for the poor, homes for the homeless, sobriety for alcoholics, rescue homes for women and girls, training centers and legal aid. Booth died at London, England, Aug 20, 1912.