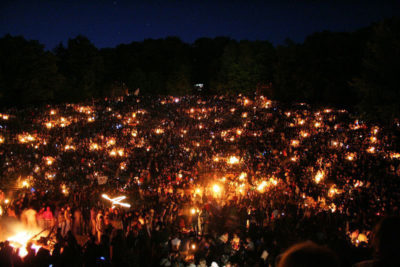 The eve of May Day, which is the feast day of St. Walpurgis, the protectress against the magic arts. According to German legend, witches gather this night and celebrate their sabbath on the highest peak in the Harz Mountains. Celebrated particularly by university students in northern Europe.

(Also called Bealtaine, May Eve, Walpurgis Night, Cyntefyn, Roodmass and Cethsamhain.) It is also one of the “Greater Sabbats” during the Wiccan year, Beltane