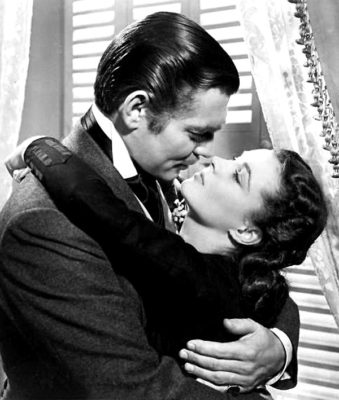 Publicity photo of Clark Gable and Vivien Leigh for Gone with the Wind, Public Domain

Nov 5, 1913. Born Vivien Mary Hartley at Darjeeling, India, Leigh stunned Hollywood by her brilliant performance as Scarlett O’Hara in Gone with the Wind (1939). She received an Academy Award for that role and again for her portrayal of Blanche DuBois in A Streetcar Named Desire (1951). Mid-career, Leigh battled an extreme bipolar disorder that affected her ability to work and her marriage to fellow actor Lawrence Olivier; they divorced in 1960. Suffering from tuberculosis since the 1940s, she died from the disease on July 8, 1967, at London, England. George Cukor called her “a consummate actress, hampered by beauty.”