US Embassy in Tehran Seized – Anniversary 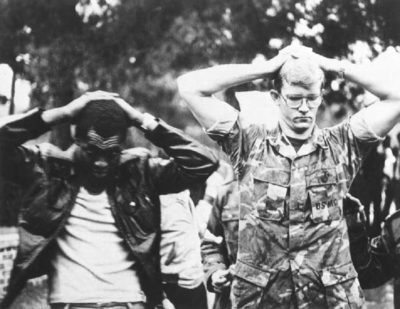 Nov 4, 1979. About 500 Iranians seized the US Embassy in Tehran, taking some 90 hostages, of whom 66 were Americans. They vowed to hold the hostages until the former shah, Mohammad Reza Pahlavi (in the US for medical treatments), was returned to Iran for trial. The shah died July 27, 1980, in an Egyptian military hospital near Cairo. Fourteen Americans were released in 1979 and 1980, but the remaining 52 hostages weren’t released until Jan 20, 1981, after 444 days of captivity. The release occurred on Americas Presidential Inauguration Day, during the hour in which the American presidency was transferred from Jimmy Carter to Ronald Reagan.  Source: Washington Post