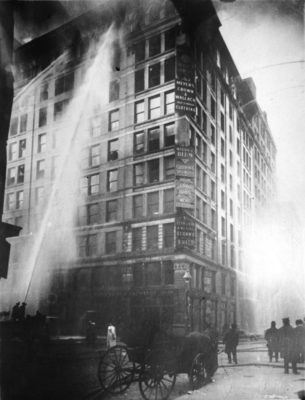 On March 25, 1911, a fire at the Triangle Shirtwaist Factory in the Asch Building in New York City took the lives of 146 women and men unable to escape due to inadequate safety protections. Doors were locked; the fire escape had melted. Many desperate to escape jumped out windows to their deaths while thousands of New Yorkers watched in horror. Public outrage over this tragedy led to new work and safety legislation, rules and regulations nationwide.