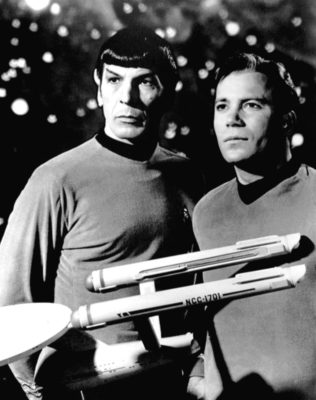 Sept 8, 1966. The first of 79 episodes of the TV series Star Trek was aired on the NBC network. Although the science fiction show set in the future only lasted a few seasons, it has remained enormously popular through syndication reruns. It has been given new life through many motion pictures, a cartoon TV series and popular spin-off TV series such as Star Trek: The Next Generation, Enterprise and others. It has consistently ranked among the biggest titles in the motion picture, television, home video and licensing divisions of Paramount Pictures.