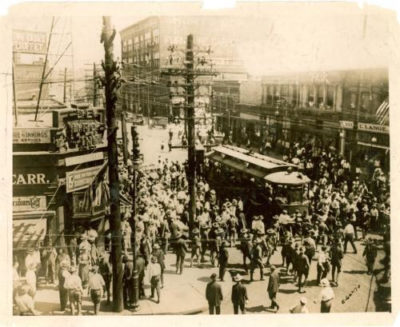 July 2, 1917. Between 20 and 75 blacks were killed in a race riot in St. Louis, Missouri, USA and hundreds more were injured. To protest this violence against blacks, W.E.B. DuBois and James Weldon Johnson of the NAACP led a silent march down Fifth Avenue at New York City.