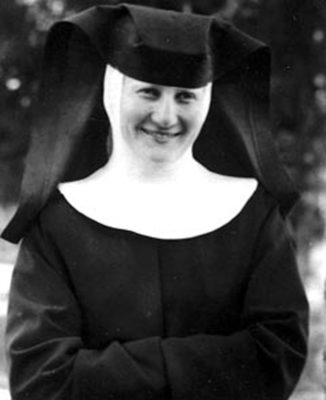 Born 21 May 1909 at Massing, Bavaria, Sister Maria Innocentia Hummel attended Munich’s Academy of Fine Arts. She entered Siessen Convent, run by the Sisters of the Third Order of St. Francis, and began teaching art to kindergarten children. In 1934 Franz Goebel obtained an exclusive license to translate her drawings into three-dimensional figurines. The first M.I. Hummel figurines were displayed at the Leipzig Trade Fair in 1935;they made their first appearance in the American market in May 1935. She died 6 November 1946, at Siessen, Germany. Many M.I. Hummel Clubs across the country commemorate her birth date with special events and fund-raisers for local charities.