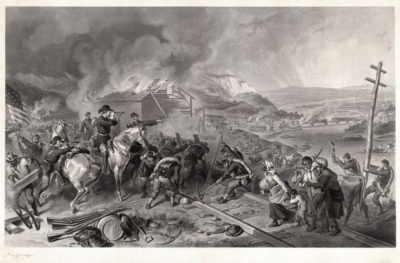 Sept 2, 1864. After a four-week siege, Union General William Tecumseh Sherman entered Atlanta, GA. The city had been evacuated on the previous day by Confederate troops under General John B. Hood. Hood had mistakenly assumed Sherman was ending the siege Aug 27, when actually Sherman was beginning the final stages of his attack. Hood then sent troops to attack the Union forces at Jonesboro. Hoods troops were defeated, opening the way for the capture of Atlanta.