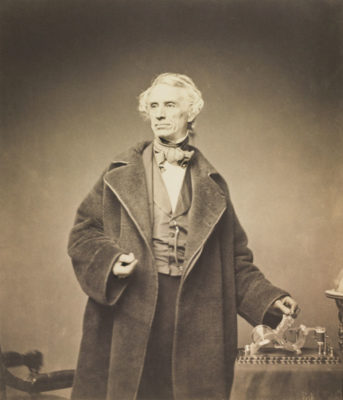 On 27 April 1791, Samuel Morse, the American artist and inventor, after whom the Morse code is named, was born at Charlestown, Massachusetts, and died at New York, NY, Apr 2, 1872. Graduating from Yale University in 1810, he went to the Royal Academy of London to study painting. After returning to America, he achieved success as a portraitist. Morse conceived the idea of an electromagnetic telegraph while on shipboard, returning from art instruction in Europe in 1832, and he proceeded to develop his idea. With financial assistance approved by Congress, the first telegraph line in the US was constructed, between Washington, DC, and Baltimore, Maryland. The first message tapped out by Morse from the Supreme Court Chamber at the US Capitol building on May 24, 1844, was “What hath God wrought?”