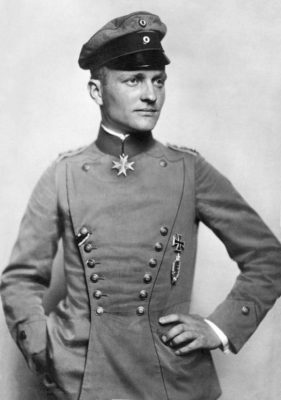 Manfred von Richthofen, better known as the Red Baron, was shot down and killed over Vaux sur Somme during World War I on 21 April 1918. A fighter pilot with the German Air Force, he was credited with 80 air combat victories. Read more at https://www.history.com/news/ace-of-aces-how-the-red-baron-became-wwis-most-legendary-fighter-pilot.