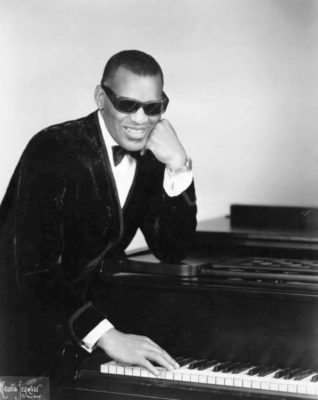 Sept 23, 1930. Born at Albany, GA, Ray Charles Robinson began losing his sight at age 5. He began formal music training at the St. Augustine School for the Deaf and Blind, and by age 15 was earning a living asa musician. He went on to become one of the most influential performers of all time. As a pianist, singer, songwriter, bandleader and producer, he played country, jazz, rock, gospel and standards. His renditions of Georgia on My Mind, I Cant Stop Loving You and America the Beautiful are considered true American classics. He died at Beverly Hills, CA, June10, 2004.