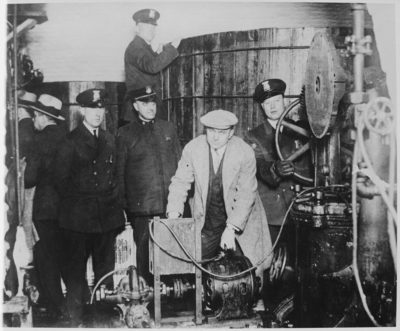 Jan 16, 1919. When Nebraska became the 36th state to ratify the prohibition amendment, the 18th Amendment became part of the US Constitution. One year later, Jan 16, 1920, the 18th Amendment took effect and the sale of alcoholic beverages became illegal in the US, with the Volstead Act providing for enforcement. This was the first time that an amendment to the Constitution dealt with a social issue.