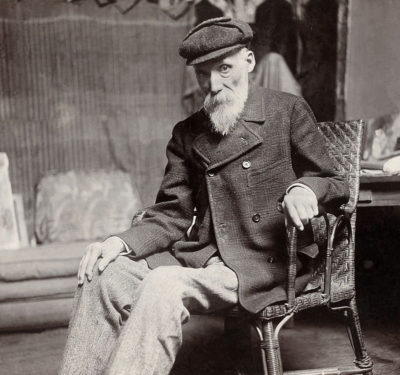 On 25 February 1841, the Impressionist painter Pierre Auguste Renoir was born at Limoges, France. Renoir’s paintings are known for their joy and sensuousness as well as the light techniques he employed in them. In his later years he was crippled by arthritis and would paint with the brush strapped to his hand. He died at Cagnes-sur-Mer, Provence, France, 17 December 1919.