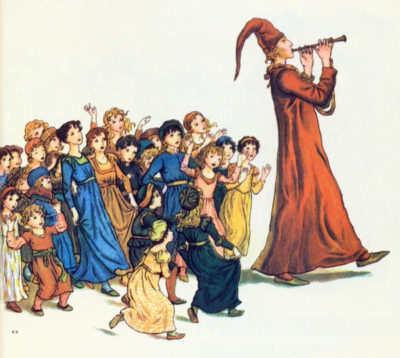 July 22, 1376. According to legend, the German town of Hamelin, plagued with rats, bargained with a piper who promised to, and did, pipe the rats out of town and into the Weser River. Refused payment for hiswork, the piper then piped the children out of town and into a hole in a hill, never to be seen again. More recent historians suggest that the event occurred in 1284 when young men of Hamelin left the city on colonizing adventures.