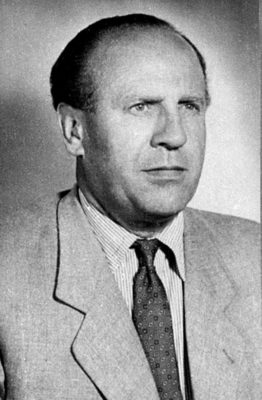 German industrialist Oskar Schindler was born 28 April 1908, at Svitavy, Moravia, Austria-Hungary (now Zwittau, Czech Republic). For his role in saving over 1,200 Jews during WWII, Schindler was declared a “Righteous Gentile” by Israel in 1962. Although financial opportunism initiated Schindler’s employment of Polish Jews in his enamel factory, by 1944 he embraced his part in saving many of them from execution. Despised by many of his countrymen for his actions during and following WWII, he died Oct 9, 1974, at Frankfurt am Main, Germany. He was buried in Jerusalem, Israel— more than 500 Schindlerjuden were in attendance at his funeral. Schindler was later immortalized in the 1982 novel Schindler’s Ark and 1993 film Schindler’s List.