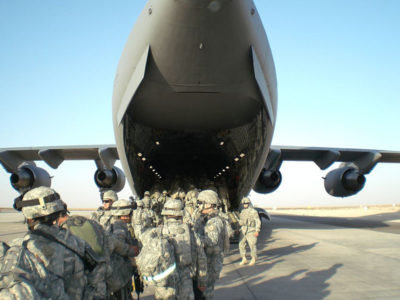 On 19 March 2003, at 9:30 PM, EST, two hours past a deadline for Iraqi dictator Saddam Hussein to step down from power, US and British forces began air strikes against his regime. A ground campaign (adding Australian forces) followed quickly, and by Apr 9, Baghdad was under the control of allied forces. Hussein was captured by US forces on Dec 13, 2003. On June 28, 2004, Iraq regained its sovereignty. On Dec 15, 2005, 70 percent of Iraq’s registered voters turned out for parliamentary elections— one of the freest elections on record in the Arab world. Sectarian and terrorist violence prevented the withdrawal of US and other national combat troops until Aug 18, 2010.