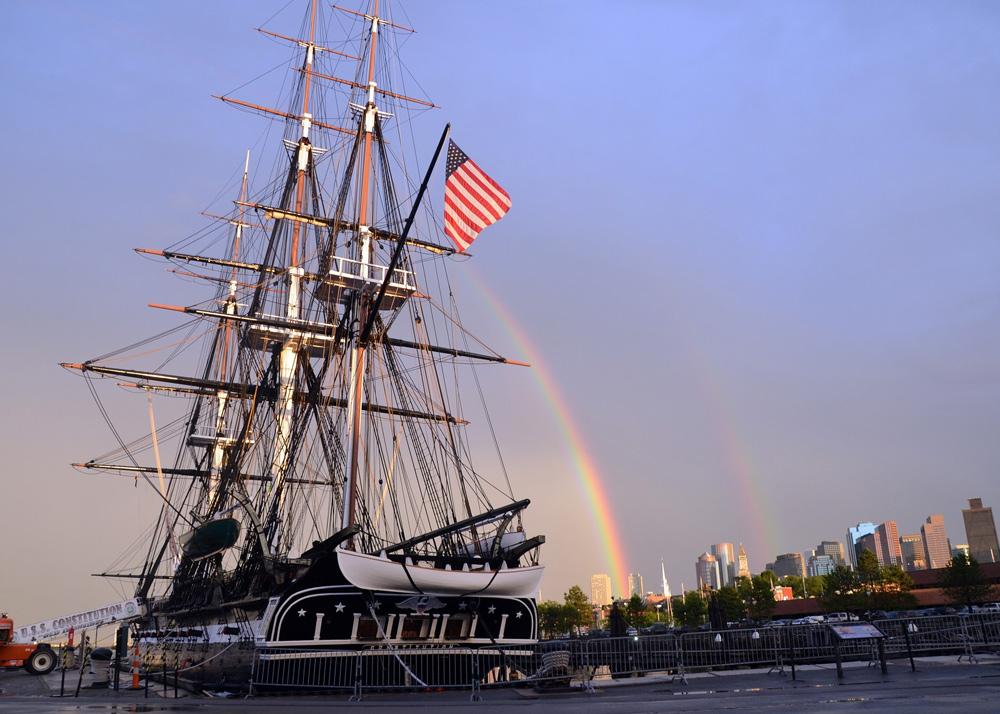 Oct 21, 1797. The USS Constitution was launched and christened by Captain James Sever on this date at Boston, MA, making this frigate the oldest commissioned warship afloat in the world. Congress had commissioned the Constitution and five other ships in 1794. The Constitution earned its nickname, Old Ironsides, and place in Americas heart through valiant service in the War of 1812. In a fight with Britain’s HMS Guerriere on Aug 19, 1812, sailors reported a British shot repelled by the side of the ship and declared that its sides were made of iron. No enemy ever boarded the ship in its days of active service. It now rests at Boston Harbor.