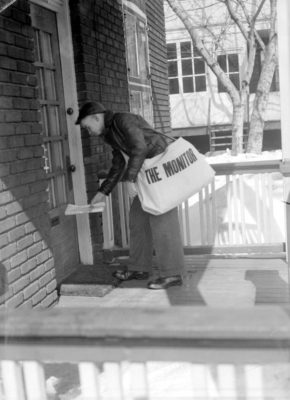 Anniversary of the hiring of the first newsboy in the US, 10-year-old Barney Flaherty, who is said to have answered the following classified advertisement, which appeared in the New York Sun in 1833: To the Unemployed a number of steady men can find employment by vending this paper. A liberal discount is allowed to those who buy to sell again.