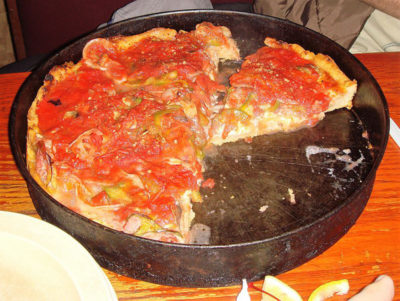 5 April is National Deep Dish Pizza Day to celebrate Chicago deep dish pizza—originated by Uno’s— and the efforts by Uno Chicago Grill to bring deep dish pizza to the entire United States. The original restaurant, which opened in 1943, began serving deep dish as a way to make sure hungry families could get a “real meal” when it came to pizza. Up to that point, pizza was hardly more than a snack. Annually celebrated on the anniversary of the day (5 April 1979) that the first restaurant outside Chicago opened (in Boston, Massachusetts).