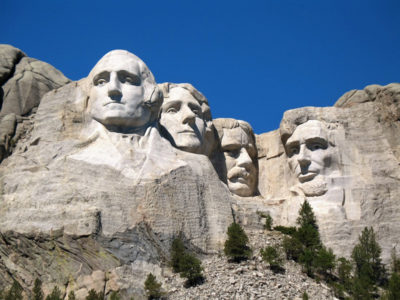 Oct 31, 1941. The Mount Rushmore National Memorial was completed after 14 years of work. First suggested by Jonah Robinson of the South Dakota State Historical Society, the memorial was dedicated in 1925, and work began in 1927. The memorial contains sculptures of the heads of four US presidents George Washington, Thomas Jefferson, Abraham Lincoln and Theodore Roosevelt. The 60-foot-tall sculptures represent, respectively, the nations founding, political philosophy, preservation and expansion and conservation.