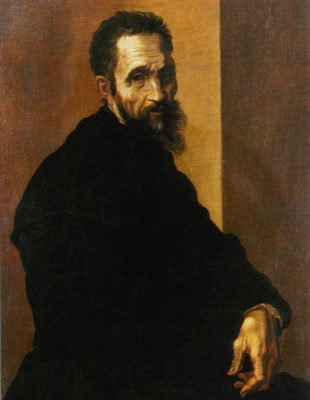 6 Mar 1475. Anniversary of the birth, at Caprese, Italy, of Michelangelo di Lodovico Buonarroti Simoni, a prolific Renaissance painter, sculptor, architect and poet who had a profound impact on Western art. Michelangelo’s fresco painting on the ceiling of the Sistine Chapel at the Vatican at Rome, Italy, is often considered the pinnacle of his achievement in painting, as well as the highest achievement of the Renaissance. Also among his works were the sculptures David and The Pieta. Appointed architect of St. Peter’s in 1542, a post he held until his death on 18 February 1564, at Rome.