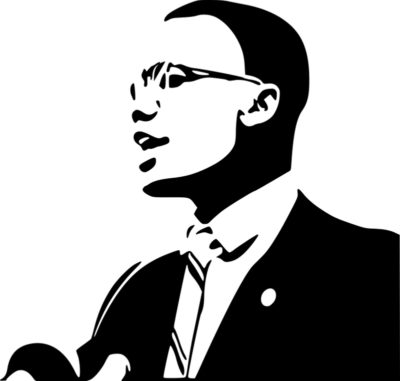 On 19 May 1925 Black nationalist and civil rights activist Malcolm X was born Malcolm Little at Omaha, NE. While serving a prison term, he resolved to transform his life. On his release in 1952 he changed his name to Malcolm X and worked for the Nation of Islam until he was suspended by Black Muslim leader Elijah Muhammad 4 December 1963. Malcolm X later made the pilgrimage to Mecca and became an orthodox Muslim. He was assassinated as he spoke to a meeting at the Audubon Ballroom at New York, New York, 21 February 1965.