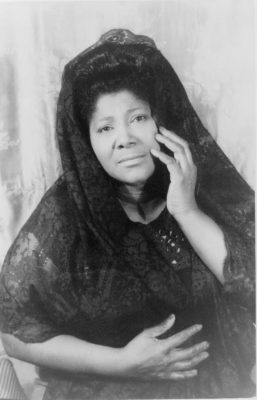 Oct 26, 1911. Born at New Orleans, LA, Jackson was the most famous gospel singer of her time. After moving to Chicago, IL, in 1928, Jackson sang with the Johnson Gospel Singers. Thomas A. Dorsey, the father of gospel music, was her adviser and accompanist from 1937 to 1946. By the 1950s, Jackson could be heard in concert halls around the world. She sang at the inauguration of President John F. Kennedy and at the 1963 March on Washington rally. Dr. Martin Luther King, Jr, described her voice as one heard once in a millennium. She died at Chicago, on Jan 27, 1972, and was buried at New Orleans, LA, where her funeral procession was thronged with mourners.