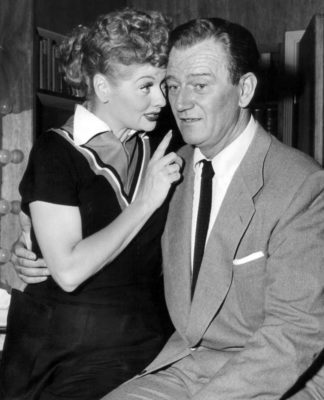 Aug 6, 1911. Film and television pioneer and comedienne born at Jamestown, NY. In addition to her many film and television credits, Lucille Ball will always be remembered for her role in the 1950 s CBS sitcom I Love Lucy. As Lucy Ricardo, the wife of bandleader Ricky Ricardo (her real-life husband, Desi Arnaz), she exhibited a comedic style that became a trademark of early television comedy. She died April 26, 1989, at Los Angeles, CA.