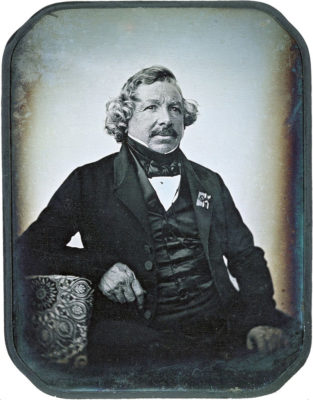 Nov 18, 1787. French tax collector, theater scene-painter, physicist and inventor, born at Cormeilles-en-Paris, France. Remembered for his invention of the daguerreotype photographic process, one of the earliest to permit a photographic image to be chemically fixed to provide a permanent picture. It wasn’t the first photographic process, but it was the most practically viable in that it dramatically reduced the time for an image to appear. The process was presented to the French Academy of Science Jan 7, 1839. In recognition of this accomplishment, Daguerre was admitted to Frances Legion of Honour. He died near Paris, France, July 10, 1851.