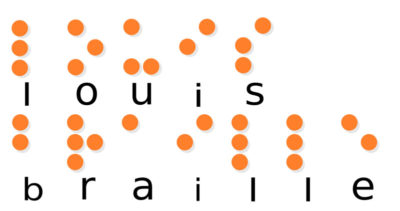 Jan 4, 1809. The inventor of a widely used touch system of reading and writing for blind people was born at Coupvray, France.

Permanently blinded at the age of three by a leather working awl in his father’s saddle-making shop, Braille developed a system of writing that used, ironically, an awl-like stylus to punch marks in paper that could be felt and interpreted by people who are blind. The system was largely ignored until after Braille died in poverty, suffering from tuberculosis, at Paris, Jan 6, 1852.