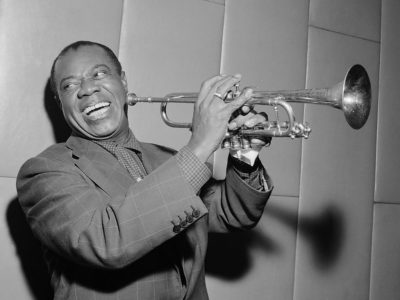 Aug 4, 1900 (or 1901). Jazz musician extraordinaire born at New Orleans, LA. Died at New York, NY, July 6, 1971. Armstrong often said he was born on the 4th of July, but documents in the Louis Armstrong Archives of Queens College, Flushing, NY, indicate that he was actually born Aug 4, 1900 or 1901. Asked to define jazz, Armstrong reportedly replied, “Man, if you gotta ask, you’ll never know.” The trumpet player was also known as Satchmo. He appeared in many films. Popular singles included What a Wonderful World and Hello, Dolly (with Barbra Streisand).