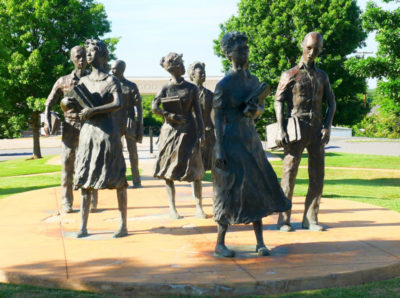 Sept 4 25, 1957. Governor Orval Faubus called out the Arkansas National Guard to turn away nine black students who had been trying to attend Central High School in Little Rock. President Eisenhower sent in the 101st Army Airborne to enforce the law allowing the students to integrate the school, and on Sept 25, national troops escorted the nine into the school.