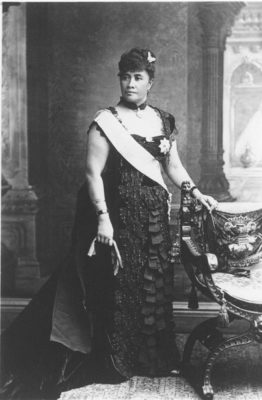 Sept 2, 1838. Born Liliu Kamakhea in Honolulu, the island of Hawaii, Liliuokalani was the Kingdom of Hawaii’s only female sovereign and its last monarch. She was deposed in 1894 by a group led by Sanford Dole first president of the Republic of Hawaii. Despite US President Grover Cleveland’s insistence that Liliuokalani be restored to the throne, Dole refused. After a failed insurrection in 1895, she spent the remainder of her years leading the Oni paa movement, which opposed Hawaii’s annexation by the US, until her death on Nov 11, 1917, at Honolulu.