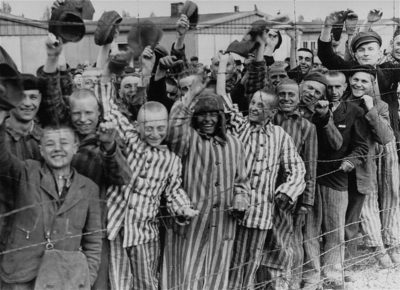 On 29 April 1945, the Charlie Battery of the 522nd Field Artillery Battalion liberated the concentration camp at Dachau, Germany. The 522nd, part of the legendary 442nd (Go for Broke) regimental combat team, was made up of nisei— second-generation Japanese Americans. Dachau was the first concentration camp opened in Germany, and more than 200,000 prisoners were housed there throughout the course of WWII. An estimated 35,000 people lost their lives in the camp, and more than 32,000 were liberated when the Americans arrived beginning on this date.