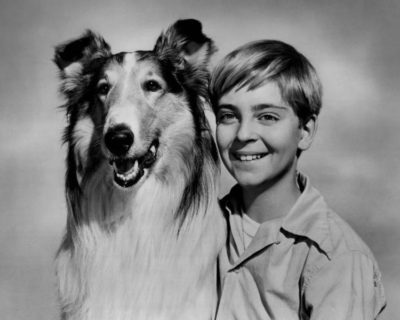 Sept 12, 1954. This long-running series was originally about a boy and his courageous and intelligent dog, Lassie (played by more than six different dogs, all male). For the first few seasons, Lassie lived on the Miller farm. The family included Jeff (Tommy Rettig); his widowed mother, Ellen (Jan Clayton); and George Cleveland as Gramps. Throughout the years there were many format and cast changes, as Lassie was exchanged from one family to another in order to have a variety of new perils and escapades. Other featured performers included Cloris Leachman, June Lockhart and Larry Wilcox.