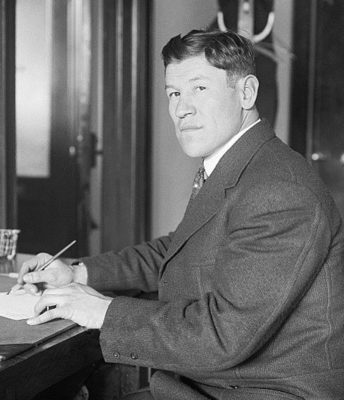 May 28, 1888. Olympic gold medal track athlete, baseball player and football player, born at Prague, OK. Thorpe, a Native American, won the pentathlon and the decathlon at the 1912 Olympic Games but later lost his medals when Olympic officials declared that an earlier stint as a minor-league baseball player besmirched his amateur standing. He later played professional baseball and football and was acclaimed the greatest male athlete of the first half of the 20th century. Died at Lomita, California, Mar 28, 1953. (Thorpes medals were returned to his family many years after his death when the earlier decision was reversed.)