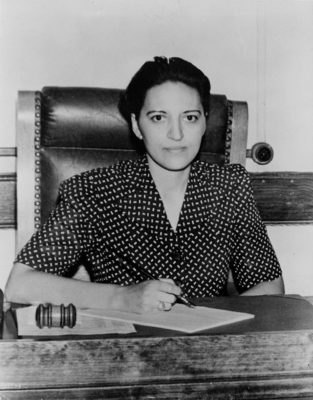 On 11 April 1908, Jane Matilda Bolin, was born at Poughkeepsie, New York, and became the first black woman to graduate from the Yale School of Law (1931) and went on to become the first black woman judge in the US. She served as assistant corporation counsel for the city of New York before being appointed to the city’s Domestic Relations Court and the Family Court of the State of New York. Bolin died 8 January 2007, at New York, New York.

Image courtesy of Library of Congress, located via Wikimedia Commons