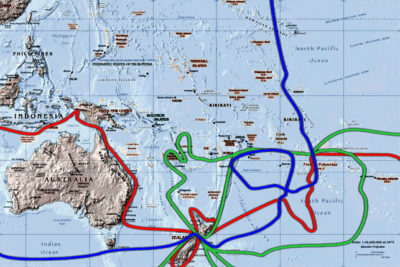 The Routes of James Cook

The HMS Endeavour reached the south-eastern coast of Australia on 19 April 1770.  After the establishment of the International Date Line, the anniversary observance was moved to the 20th of April.