Sept 5- 6, 1972. Eleven members of the Israeli Olympic Team were killed in an attack on the Olympic Village at Munich and attempted kidnapping of team members. Four of seven guerrillas, members of the Black September faction of the Palestinian Liberation Army, were also killed. In retaliation, Israeli jets bombed Palestinian positions at Lebanon and Syria on Sept 8, 1972. Read more at http://life.time.com/history/munich-massacre-1972-olympics-photos/. 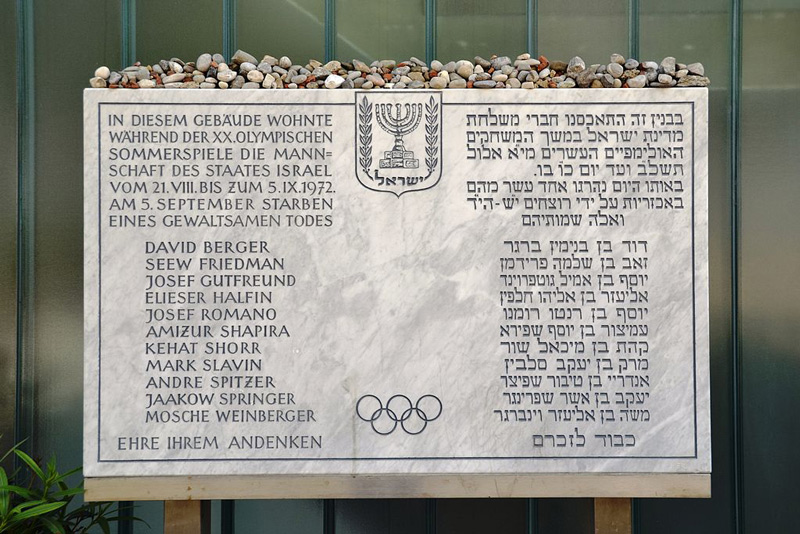 Plaque in front of the Israeli athletes’ quarters commemorating the victims of the Munich massacre. The inscription, in German and en:Hebrew, reads: The team of the State of Israel lived in this building during the 20th Olympic Summer Games from 21 August to 5 September 1972. On 5 September, [list of victims] died a violent death. Honor to their memory.