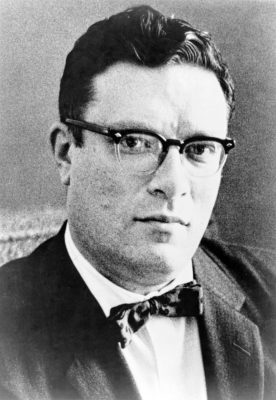 Jan 2, 1920. Although Isaac Asimov was one of the world’s best-known writers of science fiction, his almost 500 books dealt with subjects as diverse as the Bible, works for preschoolers, college course work, mysteries, chemistry, biology, limericks, Shakespeare, Gilbert and Sullivan and modern history. During his prolific career he helped to elevate science fiction from pulp magazines to a more intellectual level. His works include the Foundation trilogy, The Robots of Dawn, Robots and Empire, Nemesis, Murder at the A.B.A. (in which he himself was a character), The Gods Themselves and I, Robot, in which he posited the famous Three Laws of Robotics. His The Clock We Live On is an accessible explanation of the origins of calendars.