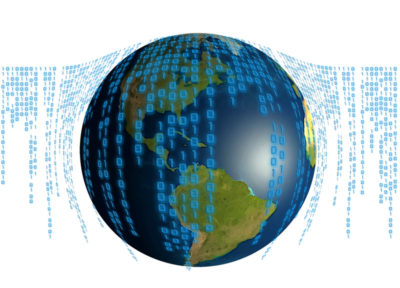 Oct 29, 1969. The first connection on what would become the Internet was made on this day when bits of data flowed between computers at UCLA and the Stanford Research Institute. This was the beginning of ARPANET, the precursor to the Internet developed by the Department of Defense. By the end of 1969 four sites were connected: UCLA, the Stanford Research Institute, the University of California at Santa Barbara and the University of Utah. By the next year there were 10 sites, and soon there were applications like e-mail and file transfer utilities. The@ symbol was adopted in 1972, and a year later 75 percent of ARPANET traffic was e-mail. ARPANET was decommissioned in 1990, and the National Science Foundations NSFnet tookover the role of backbone of the Internet.