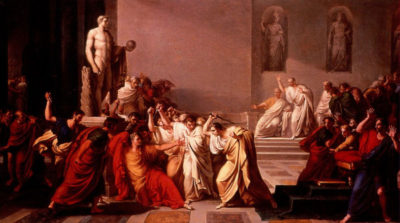 In the Roman calendar the days of the month were not numbered sequentially. Instead, each month had three division days: kalends, nones and ides. Days were numbered from these divisions: e.g., IV Nones or III Ides. The ides occurred on the 15th of the month (or on the 13th in months that had fewer than 31 days). Julius Caesar was assassinated on this day in 44 BC. This system was used in Europe well into the Renaissance. When Shakespeare wrote “Beware the ides of March” in Julius Caesar, his audience knew what he meant.