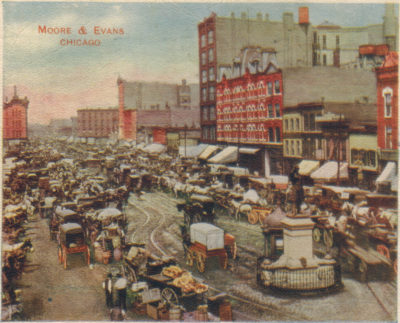 On 4 May 1886, labor union unrest at Chicago, IL, led to violence when a crowd of unemployed men tried to enter the McCormick Reaper Works, where a strike was under way. Although no one was killed, anarchist groups called a mass meeting in Haymarket Square to avenge the massacre. When the police advanced on the demonstrators, a bomb was thrown and several policemen were killed. Four leaders of the demonstration were hanged, and another committed suicide in jail. Three others were given jail terms. The case aroused considerable controversy around the world.