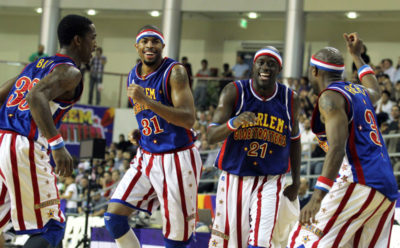 On 7 January, 1927, basketball promoter Abe Saperstein’s “New York Globetrotters” took the floor on this date at Hinckley, Illinois. Despite the “New York” in their name, the Globetrotters (who included Inman Jackson, Lester Johnson and Walter Wright) hailed from Chicago’s South Side. The talented African-American players— unable to play in white professional leagues— barnstormed the nation in serious basketball promotional events. They changed to “Harlem Globetrotters” in the 1930s and added humor to their games in the 1940s.