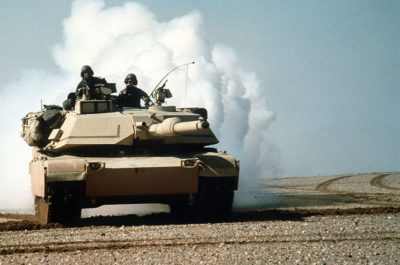 Jan 16, 1991. Allied forces launched a major air offensive against Iraq to begin the Gulf War. The strike was designed to destroy Iraqi air defenses and command, control and communication centers. As Desert Shield became Desert Storm, the world was able to see and hear for the first time an initial engagement of war as CNN broadcasters, stationed at Baghdad, covered the attack live.