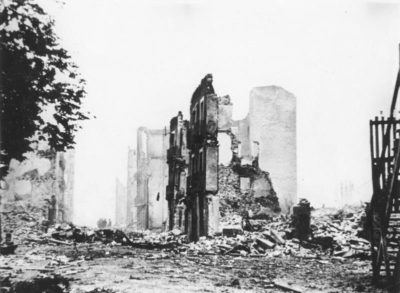 26 April 1937. Late in the afternoon, the ancient Basque town of Guernica, in northern Spain, was attacked without warning by German-made airplanes. Three hours of intensive bombing left the town in flames, and citizens who fled to the fields and ditches around Guernica were machine-gunned from the air. This atrocity inspired Pablo Picasso’s mural Guernica.

Responsibility for the bombing was never officially established, but the suffering and anger of the victims and their survivors are still evident at anniversary demonstrations. Intervention by Nazi Germany in the Spanish Civil War has been described as practice for WWII.