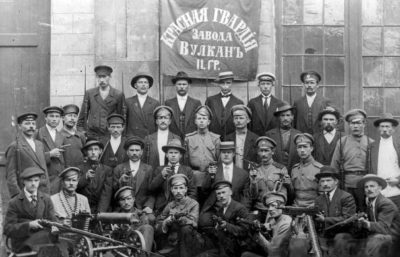 Nov 7, 1917. The Bolshevik Revolution began at Petrograd, Russia, on the evening of Nov 6, 1917. A new government headed by Lenin took office the following day under the name Council of Peoples Commissars. Leon Trotsky was commissar for foreign affairs, and Joseph Stalin became commissar of national minorities. Formerly a holiday until canceled by the Russian Duma in 2004. According to the old Russian calendar, the revolution took place Oct 25, 1917. Soviet calendar reform caused the observance to fall on Nov 7 (Gregorian).