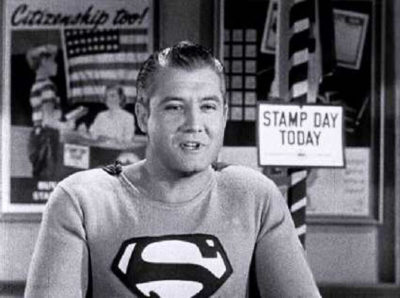 On 5 January 1914 the boxer turned actor was born George Keefer Brewer at Woodstock, Iowa. Active in the 1940s in minor Hollywood roles (including a small part in Gone with the Wind), Reeves found stardom on the small screen as Superman/ Clark Kent in “The Adventures of Superman,” which ran from 1952 to 1957. Reeves did his own stunts as the “Man of Steel” and was popular with children all over.