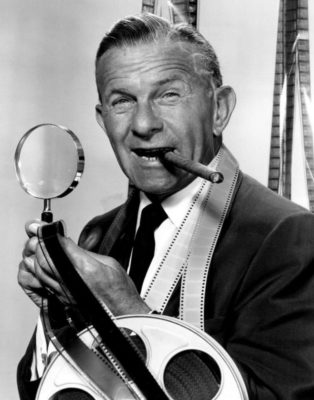 Jan 20, 1896. Comedian George Burns was born at New York City. He began in vaudeville without much success until he teamed up with Gracie Allen, who became his wife. As Burns and Allen, the two had a long career on radio, in film and with their hit TV show, “The George Burns and Gracie Allen Show.” Later he played the roles of God and the Devil in the Oh, God! movies. He lived to be 100 and died Mar 9, 1996, at Los Angeles, CA.