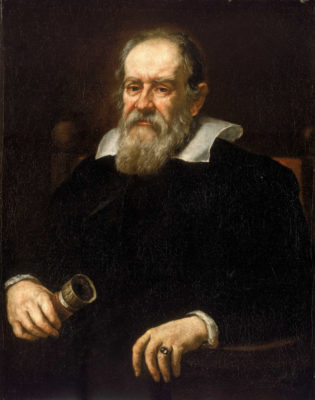 On 15 February 1564, physicist and astronomer who helped overthrow medieval concepts of the world, born at Pisa, Italy. He proved the theory that all bodies, large and small, descend at equal speed and gathered evidence to support Copernicus’s theory that Earth and other planets revolve around the sun. In 1632 Galileo was tried by the Inquisition and found “vehemently suspect of heresy” because his Dialogue Concerning the Two Chief World Systems argued in favor of heliocentrism in contradiction to literal readings of scripture. Galileo remained under house arrest until his death in Florence on 8 January 1642. The Dialogue was finally published in an uncensored form in 1835, and the Catholic Church issued an official apology to Galileo in 2000.